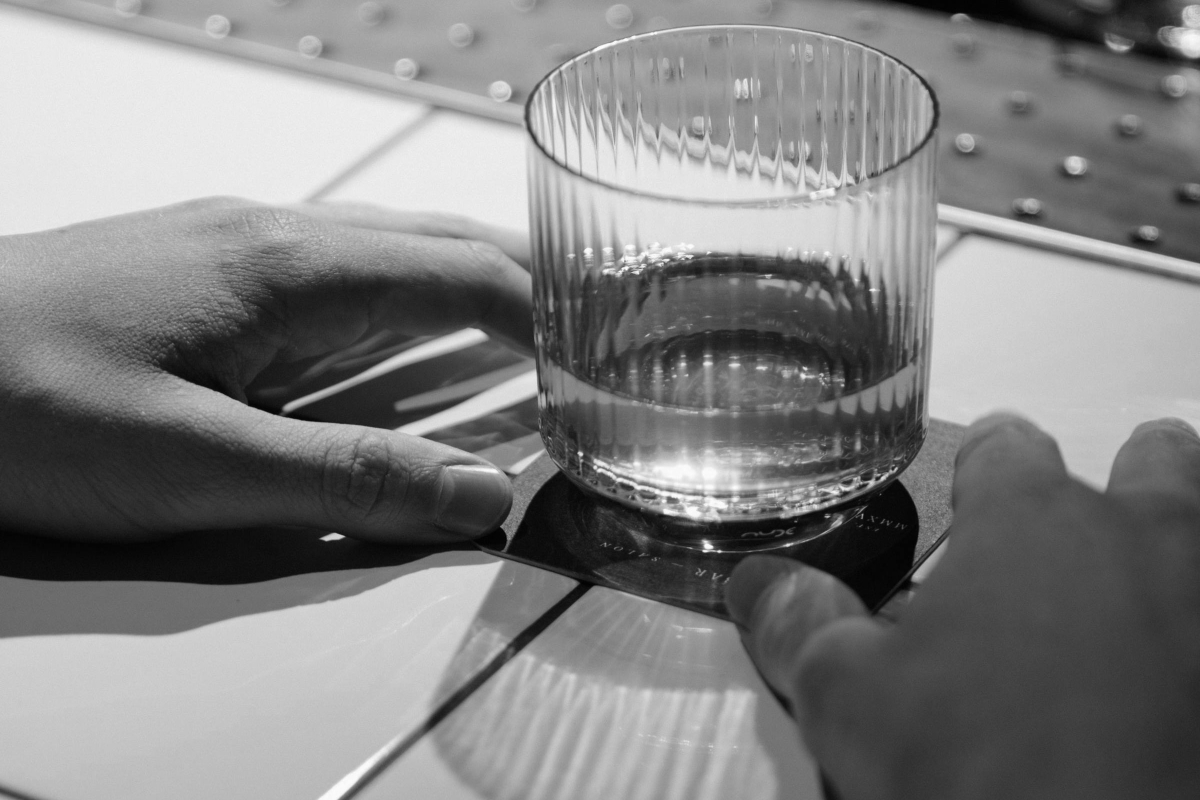 Addiction and Abuse of Alcohol

Alcohol is a legal substance
that lowers anxiety and inhibitions.
It is also a controlled substance because of its high potential for misuse.

Alcoholism is one of the most common types of addiction in the United States. This is partly due to the fact that drinking is a widely celebrated form of socialization. This can lead to irresponsible drinking habits, which leads to denial, and later on becomes an addiction. If left untreated, this creates severe consequences not only for the addicted individual, but also for the people around them.

Alcohol is a legal substance that lowers anxiety and inhibitions. It is also a controlled substance because of its high potential for misuse. It has a broad range of side effects, from slurred speech to loss of coordination.

Although not everyone who drinks is an alcoholic, anyone whose life has been negatively affected by alcohol on a consistent basis is considered to have an alcohol use disorder.

Alcohol comes in the form of beer, wine, and hard liquor. Each of these may be abused and every single one of them can cause addiction.

Beer is an alcoholic drink that is typically made from water, barley, hops, and yeast. Beer usually has the lowest alcohol content by volume (ABV), meaning wine and hard liquor actually has more alcohol in them.

The ABD of beer ranges from about 2 to 12 percent. The most commonly consumed beets like Budweiser, Coors Light, Miller Lite, etc, fall in the 4 to 6 percent range. For most people it takes 3 to 5 beers to be over the legal driving limit.

Beer is also very popular. In fact, it has become synonymous with many activities in American culture. Drinking games on college campuses, happy hours, sporting events—all of these events and activities are seemingly incomplete without the presence of beer.

The consumption of beer has even turned somewhat fashionable in recent years, thanks to the rise of craft beer. Microbreweries and home brewers now push the limits on what new flavors and tates can be produced.

Unfortunately, this craft beer revolution also means that most of these beers have significantly higher amounts of alcohol than the average domestic draft. Some can be as high as 11 or 12 percent.

Even those who only drink during social activities or only drink craft beer are susceptible to an alcohol use disorder. Social drinkers have the tendency to continue drinking when everyone else has stopped. They may even feel the need to drink during uncomfortable or boring situations. This eventually develops into something more serious.

Wine is made from fermented grapes or other fruits such as pomegranates or berries. It is most commonly sold as white or red with a variety of flavour profiles. White wines include chardonnay, pinot grigio, Riesling, and moscato. Merlot, cabernet, pinot noir, and zinfandel are examples of red wine. These varieties are based on grape type.

Wine has a more concentrated amount of alcohol. An average pour of wine—which is about 5 oz.—is equivalent in alcohol content to 12 oz. of beer. It is often consumed at dinner parties or alongside gourmet cheese and cracker pairings. Because it is considered a “classy” drink, it can be trickier to tell if someone has a problem.

Women make up 59 percent of wine drinkers in the United States. They are also commonly the targeted audience in advertising campaigns promoting the drink.

Women have less body mass and less water content than men in their bodies. This means that women have a higher concentration of alcohol in their bloodstream when they drink than men. Because of this, women tend to become impaired more quickly when drinking wine.

It is worth noting that either gender can develop a problem with wine.

Liquor is the umbrella term for hard alcoholic drinks or spirits such as vodka, gin, tequila, rum and whiskey. Compared to wine and beer, liquor has a much higher ABV. It is often mixed with sodas, juices, or water. The average size of a liquor pour is 15 oz. When not mixed into drinks, liquor is consumed as a shot. Carbonation speeds up the absorption of alcohol into the bloodstream, which means drinking liquor mixed with soda can cause quicker intoxication.

The lower liquid content of shots make them easier to consume—which is why it has a higher risk of abuse and subsequent drunkenness.

Long-time drinkers associate different drinks with different feelings of intoxication. However, science has yet to prove this. Studies show that alcohol produces the same effects in everyone, regardless of the type of drink being consumed.

A person’s perception of their own intoxication may be affected by the social setting in which the drink is consumed. For example, someone drinking wine at dinner is more likely to report feeling relaxed and happy, while tequila shots at a high energy party can produce a vastly different feeling of intoxication.

People struggling with severe alcohol use disorder may feel that they can’t start their day without drinking.

If someone binge drinks every now and then, they may be able to stop on their own. However, someone who is addicted to alcohol will not be able to stop drinking even if they wanted to. They will binge more often and make the problem even worse, creating a downward spiral that leads directly into alcoholism.

Alcohol is a central nervous system (CNS) depressant, which is why it slows down mental and bodily processes. With the first drink of alcohol, users may experience a decrease in anxiety or stress, as their inhibitions are lowered. This is why alcohol is considered a “social lubricant”—drinkers are more likely to feel confident when meeting new people because they are less concerned with how they are perceived by others.

It’s not all good though, because once alcohol is abused, it has plenty of adverse effects. Alcohol abuse can lead to accidents, injuries, illness, strained relationships, career problems, mental health problems, and financial difficulties. When abuse becomes more frequent, it can escalate into an addiction.

An addicted individual might try to stop drinking but will not be able to. At this point, their body has already developed a tolerance to alcohol. The intense cravings and withdrawal symptoms will prevent them from quitting alcohol without proper detox.

The danger of high functioning alcoholism is that it can continue for years without the person ever recognizing that they have a problem.

Using alcohol alongside other drugs is also very common in today’s culture. This significantly increases the risks and potential consequences of abuse. Alcohol on its own can be dangerous, but combining it with other substances can quickly prove lethal.

For those who are struggling with alcohol addiction, they need to remember that they do not have to go through recovery alone. Although it may feel overwhelming, it is possible to get through this challenge, especially with the help of proper addiction treatment.

Rehab Is your best Chance