Morphine belongs to the drug group referred to as opiates. Morphine was named after the Morpheus, the Greek god of dreams. The name suits the drug since morphine produces a feeling of euphoria or a ‘dreamlike state’. Morphine comes in a tablet form, syrup, injectable, and is rare cases smoked.  Click here to read more about what opiates are.

The drug contains properties that can are highly addictive and users can easily develop tolerance. The FDA labeled morphine as Schedule II drug. Morphine is used for pain management treatment for cancer-related pain or after major surgeries.  Even if morphine proved as an effective pain reliever drug, it gives out a high risk for addiction because of its euphoric effect and accessibility.

In a study of the Center for Disease Control or CDC, morphine addiction is a serious medical condition. Their reports include:

In December 1804, Friedrich Sertürner first discovered morphine as the first alkaloid derived from the opium poppy in Paderborn, Germany. Sertürner named the drug as morphium after the Greek god Morpheus because it provides a feeling of sleepiness.

He administered the drug to himself, along with three young boys, three dogs, and a mouse. Unfortunately, he and the boys almost died because of morphine.  In 1817, the Sertürner and Company first marketed morphine to the general public as a pain reliever. They claimed that the drug can even cure opium and alcohol addiction.

However, in 1822 morphine was first used a poison in France when Dr. Edme Castaing was convicted of using the drug to his patient.

Five years later, in 1827, commercial productions of morphine become rampant in Darmstadt, Germany under the pharmaceutical company Merck. Sales from morphine contributed a lot to the early growth of their company.

On the other hand, in 1850, Alexander Wood experimented with the drug and injected it to his wife who died from respiratory depression. Later on, experts discovered that the drug can cause addiction to users.

Why was the Morphine made?

Morphine was initially made as an analgesic drug used to treat severe pain. The use of the drug can cause feelings of euphoria and reduced tension. However, the addictive properties outweigh the medical benefits of morphine if used generously.

Some of the addictive properties of morphine include:

Morphine and heroin addiction cause more than half of the accidental drug overdose in the United States.

What are the signs and symptoms of Morphine addiction?

It is difficult to know morphine abuse particularly if the user is following a prescription. Here are the signs to look for morphine abuse:

What are the side effects of Morphine?

Drug overdose is the greatest risk of morphine abuse. Morphine acts as a central nervous system depressant and can slow down breathing resulting to coma even death. The depressed respiratory function is one of the serious complications of morphine abuse.

Physical effects of Morphine addiction include:

Long-term Side Effects of Morphine

Long-term use of morphine can cause detrimental side effects. These include:

The worse scenario of the negative side effects of morphine includes respiratory depression. Drug overdose because of morphine can lead to coma even death.

What are the treatments available for Morphine addiction?

Detoxification is always the first getting free from addiction. This process will flush out the toxins from morphine abuse. However, the process can cause discomfort and uneasiness to the user. Morphine addiction comprises of high rates of relapse, experts recommend a combination of detox and inpatient rehab as a treatment.

Since detox also encompasses withdrawal symptoms, users need medical assistance 24/7 to help them get through the process. Once they undergo a detox program, chances are on the right track towards recovery.

Nevertheless, an outpatient program can still benefit the user, especially if they still need to perform their normal routine. Therapist can provide activities and schedule for the user to attend while learning how to regain their vitality. In some cases, experts also recommend an outpatient rehab even after undergoing detox and inpatient rehab. It always depends on their assessment, which typically include how long the user abusing morphine, how often they use it and even the quality of the drug.

How long is the duration of the withdrawal?

Users may experience flu-like symptoms that can last three to five days. However, psychological symptoms can last for a week even months. 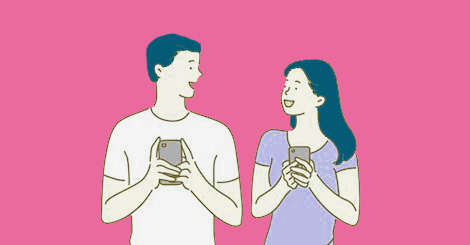 Ready to get help?

See if insurance will cover the cost of care.