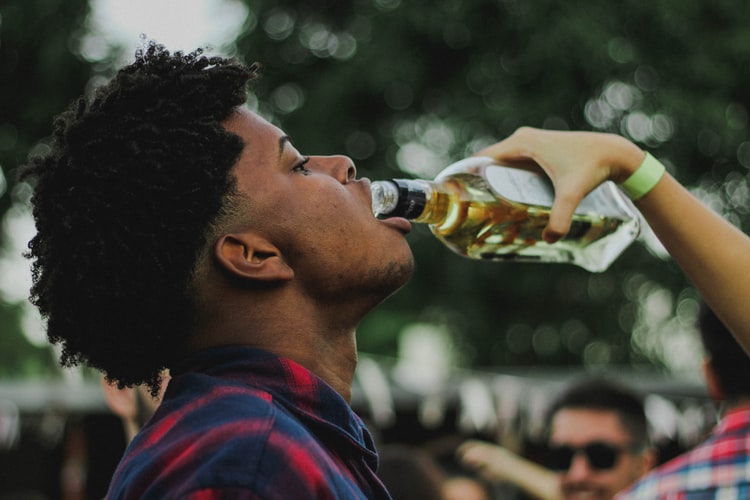 Binge Drinking among Young Adults: Why the Youth is at Risk

Binge Drinking among Young Adults: Why the Youth is at Risk

Bringe drinking is common among young adults.
It puts the youth at risk.

Teenagers and young adults between the ages of 12 and 20 consume about 11 percent of the country’s alcohol in a given year, and most of this is done by binge drinking. This is especially concerning since the minimum drinking age is 21 years old. It is important to know why binge drinking is so common among teens and young adults. Differentiating between harmless fun and alcohol abuse helps prevent addiction before it even develops.

In 2012, David Bogenberger, a freshman pledging to a fraternity at Northern Illinois University, died after a hazing incident that involved two hours of heavy drinking. While these individual tragedies paint a picture of the devastating effects of alcohol on the youth, they aren’t the entire story. Hazing is just one of the many reasons why young adults are at risk of binge drinking.

As children move from adolescence to young adulthood, they encounter significant physical, emotional, and lifestyle changes, making them vulnerable to unhealthy habits, including alcohol abuse. Developmental transitions such as puberty have been associated with alcohol use. In a sense, simply becoming an adolescent is one of the key risk factors that can lead to dangerous drinking habits.

Not only that, research shows that the brain keeps developing well into the twenties, during which time it continues to establish important communication connections. This lengthy developmental period may help explain some of the behaviors associated with adolescence. Teens and young adults have the tendency to seek out new and potentially dangerous situations for thrill-seeking purposes. For adolescents, this may include experimenting with alcohol. Scientists also believe that there may be a physiological explanation for why teens act so impulsively without recognizing that their actions have consequences.

A person’s expectations towards alcohol also play a key role in alcohol abuse. Those who expect to have a pleasant experience are more likely to binge drink than those who don’t expect to enjoy themselves. Beliefs about alcohol are established very early in life, even before the child begins elementary school. Before age 9, most children view alcohol negatively and see drinking as bad, with adverse effects.

These expectations shift around the age of 13, however, as peer influence begins to play a role and as the environment around them changes. This brings us to the personal, hereditary, and environmental factors of alcohol abuse.

Children who drink at a very early age often share similar personality characteristics that may make them more likely to start drinking. Alcoholism also has a genetic factor, because certain behavioral and physiological factors increase or decrease a person’s risk for alcohol problems, including tolerance to alcohol’s effects.

Alcohol abuse has a complex interplay between inherited and environmental factors. What influences drinking at one age may not have the same impact at another. The influence of parents and peers plays a role in alcohol abuse, especially if family members and friends view drinking as something pleasant or enjoyable. Beyond the family structure and the influence of peers, society as a whole can create either a positive or negative effect on a person’s experience with alcohol.

Nowadays, alcohol is widely available and aggressively promoted through television, radio, billboards, and the Internet. Researchers are studying how these advertisements are influencing young people.

The Effects of Binge Drinking

A 2008 study by researchers in Berkeley, California, found that young adults who started drinking alcohol early and heavily in adolescence were more likely to have abdominal fat, to be overweight, and have lower levels of good cholesterol, all of which contribute to heart disease. This, however, only scratches the surface of what alcohol abuse does to young adults.

Alcohol abuse is the continuous intake of large amounts of alcohol over a long period of time. But with binge drinking, the person consumes large amounts right away, which amplifies the negative effects of alcohol.

Excessive drinking early in life can lead to a wide array of physical and mental health problems. A study that followed almost 1,000 adolescents from high school through age 24 found that those who were problem drinkers when they were young grew into adults with drinking problems. They were also more likely to be antisocial, anxious, and depressed. They also had more problems with other types of substance abuse.

Meanwhile, a study that followed college students into adulthood learned that those who engaged in binge drinking were more likely to experience alcohol-related problems during college and even 10 years after college.

Alcohol abuse can weaken the heart muscle, preventing the heart from effectively pumping blood. These strains caused by binge drinking can affect a person’s health in a number of ways. For example, binge drinkers are almost 40 percent more likely to suffer from stroke than people who don’t binge drink.

There are also the well-known effects of alcohol on the liver. Liver damage is common among adolescents who binge drink. Additionally, young drinkers who are overweight or obese showed elevated liver enzymes, even with only moderate levels of drinking which indicate liver damage.

Binge drinking’s effects are not merely physical or psychological; there are also social effects. Alcohol abuse affects more than just the teenagers and the young adults who do it, but everyone around them. One in three car crash deaths involve drivers with alcohol in their blood that is above the legal limit.

A national survey found that eight percent of high school students reported they had driven a car after drinking alcohol, while 24 percent rode in a car with a driver who had been drinking alcohol.

For parents, family members, and teachers, the only thing they can do is provide emotional support and proper guidance. They should understand the impact of peer pressure on teens and young adults. Never ignore teenage drinking hoping that it will go away. Often it is a symptom of more serious problems that the teen is experiencing.

Rehab is your Best Chance