Is Cocaine a Narcotic?

The word “narcotics” has been thrown around so often that people have already gotten confused over which drugs are actually classified as such. Is cocaine a narcotic? Understanding these drugs can go a long way in our fight against addiction—and learning how to properly classify them is important.

And so today we are going to discuss cocaine and whether or not it is a narcotic. But first, let’s have a quick look at what cocaine is. 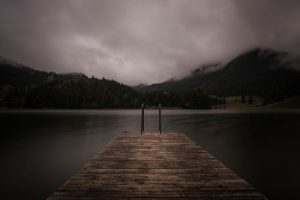 Cocaine is a powerful stimulant drug that’s taken from coca leaves. Today it is a Schedule II drug, meaning it has a high potential for abuse. However, being a Schedule II drug also means it can sometimes be administered by a doctor for legitimate medical purposes. It can be used as local anesthesia for certain operations.

However, cocaine is also a widely abused street drug. It is sold as a fine, white, crystalline powder. It goes by many street names such as coke, snow, powder, and blow.

Is it a Narcotic?

Just like many other drugs, the answer could be both yes and no—it depends on what definition of “narcotic” you are using.

Under legal terms, narcotics are drugs that dull the senses, which means cocaine falls comfortably into that category. In law enforcement, narcotics also refer to drugs that cannot be legally possessed, sold, or transported, except for medicinal uses. It may only be accessed with a prescription from a licensed physician.

This means yes, cocaine is definitely a narcotic in the US. However, medically speaking, there’s another definition for the word narcotic, and cocaine doesn’t technically fit into it.

Cocaine is not considered a medical narcotic (despite its medical uses). That is because it is not an opioid pain reliever—which is the actual definition of a medical narcotic. Opioids are prescription medications that change the way the brain perceives pain. They refer to the synthetic and semi-synthetic derivatives of the opium poppy plant. And cocaine is taken from coca leaves.

Opioids are used to provide pain relief, especially for patients experiencing moderate to severe pain. They work by binding to the so-called opioid receptors in the brain, which blocks the feeling of pain. Just like cocaine, they need to be used carefully as opioids are also addictive when misused.

Cocaine is highly addictive. The substance is very potent and has a rapid onset, meaning its effects can take hold of a person very quickly. Just likely other illicit drugs, cocaine may produce a euphoric high when taken in large doses, which is why people are likely to abuse it.

Despite its limited medical uses, cocaine can still be very dangerous. And so a patient needs to work closely with his or her doctor to make sure the drug is not misused.

Recreational cocaine users are likely to take large doses of the drug at a time, and are therefore prone to experiencing its many adverse effects. Long term abuse may lead to addiction, tolerance, and physical dependence.

If you know someone who is abusing cocaine, help them get sober. Look for a rehab facility near you today and help them get on the path towards recovery.