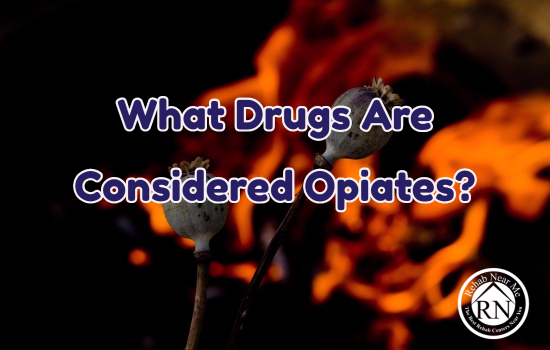 What Drugs Are Considered Opiates?

There is a massive epidemic brought about by opiates in the United States and it is taking thousands of lives in the country year in and year out. If you or someone you love is struggling with addiction, you may be concerned about opiates.

Princeton University reveals that opiates include a wide range of drugs derived from specific alkaloid substances from the opium poppy.

While the plant is known to contain more than 50 alkaloid substances, not every one of them has analgesic properties. Only around half qualify as materials to make raw opiates.

Technically, only the drugs that are made using opium alkaloids with analgesic properties can be called opiate drugs. Semisynthetic drugs that are derived from such alkaloids are technically considered opiates too.

Opiates type of drugs is known to be the purest renditions of materials to make raw opium.

The University of Michigan, on the other hand, notes that there are only 3 types of opiate drugs that are qualified as “natural.” These are codeine, opium tinctures, and morphine.

Of the three, morphine contains the highest concentrations of raw opium materials. The Weber State University even estimated that morphine makes up around 10% of opium. Codeine, on the other hand, is available in .05 % concentration levels consistently. It is the lower concentration of codeine that makes it a lesser potent drug compared to morphine. Taking the form of alcohol solutions, opium tinctures contain weaker analgesic alkaloids like Laudanum and Paregoric.

Examples of this class of drugs are heroin, oxycodone (e.g. Percodan, OxyContin), hydromorphone and hydrocodone (e.g. Vicodin). Each exists in significantly small concentrations of raw opium materials. Derived from morphine, heroin has a higher potency because of how it was synthesized. Additionally, hydromorphone, oxycodone, and hydrocodone have greater potencies than the alkaloids they were derived from.

The only form of opiates that is strictly illicit in form is heroin.

It means that you will not be able to get a prescription for heroin. A couple of years back heroin was useful to people weaning off morphine. However, a while later, professionals realized that heroin is more addictive, dangerous and potent than morphine.

Doctors prescribe other opiates to treat injuries and chronic pain.

Most of the time, patients get one week or one month’s worth of the medicine such as morphine, oxycodone or Vicodin for pain management. Whenever chronic pain appears, such opiates are used in pain management programs meaning you can refill your prescription for pain medications once a month. However, the longer you use these medications, the more likely you may develop an addiction.

If you know which drugs are opiates, you will gain insight into your risks of addiction. However, spotting an addiction may be difficult as it is a very cunning disease. Many develop addiction without knowing it. You may begin by abusing medications and using more than the recommended dose. It is often difficult to spot addiction in users of medical prescriptions as it is legal.