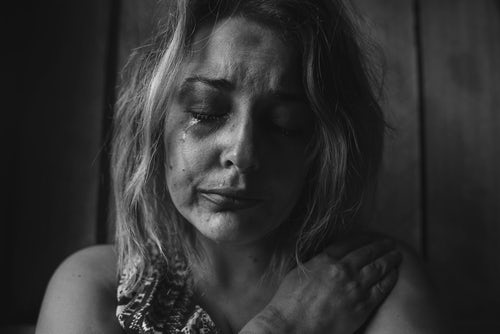 What is Heroin: An Overview

Did you know that about 948,000 Americans used heroin in 2016? According to the National Survey on Drug Use and Health (NSDUH) this number has been on the rise since 2007. It’s a trend that is mostly driven by young adults aged 18 to 25 but affects people from other age ranges as well.

And because heroin abuse is on the rise, more people are experiencing the negative health effects that occur from repeated use. More and more people are developing physical dependence. It goes without saying heroin use disorder is a serious problem right now, not only for the United States but also the rest of the world.

The impact of substance abuse is felt globally and is generally considered an epidemic.  But the first step in fighting addictive habits is gathering information and learning more about the nature of addiction. If you know enough about the effects of certain substances, you will be less likely to abuse the drug.

That is why in this article we will be taking a closer look at heroin: what it is and what it does. This way, we can learn more about why we should not abuse such substances, and why we should help addicted individuals find the treatment they need.

Heroin Overview: What is it?

Heroin is a highly addictive drug that is processed from morphine, which is a naturally occurring substance extracted from the opium poppy plant. Both morphine and heroin are classified as narcotics because they are opiates and opioids. But because of its dangerous properties, heroin is illegal and has no medical use whatsoever, unlike certain narcotics that can be prescribed for pain relief.

Heroin is typically sold as a white or brownish powder that is “cut” with sugars, powdered milk, or starch. Pure heroin is a white powder with a bitter taste. It predominantly originates in South Africa and Southeast Asia. It dominates US markets east of the Mississippi River.

Heroin is commonly snorted or smoked. But those who want to achieve instant effects will dilute the drug and inject it directly into their bloodstream. Of course, no matter what the method of administration, there are always risks associated. And perhaps taking the drug intravenously is the most dangerous method of all because it can clog your bloodstream and cause damage.

Recreational users also tend to use shared needles when injecting heroin, which opens them up to the risk of blood-borne diseases, on top of all the adverse effects of heroin use.

There is also such a thing as “black tar heroin” which is a sticky, tar-like substance. It can also be hard, like coal. The dark color is because of the crude processing methods used.

Why Do People Abuse Heroin?

Heroin is taken because it can make you feel relaxed and euphoric. It can get you high. This is what makes it appealing to recreational users. Unfortunately, this high comes at a terrible price. You will get addicted to the drug, and may even become dependent on it.

Taking the drug does nothing good for the body, which is why it can be dangerous if you can’t stop taking it. Adverse effects will vary, but common ones include dry mouth, nausea, vomiting, severe itching, drowsiness, respiratory depression, and slowed heart function. These effects can range from uncomfortable to life-threatening.

This is why addiction treatment is necessary. A combination of medical detox and behavioral therapy may be necessary to completely eliminate the effects of addiction and heroin abuse.

Look for an addiction treatment facility near you today.