So many people have wasted their lives in drug addiction. They could have actually done something better with their lives, but they chose the more dangerous way. However, there are people who, in spite of their long years of addiction, have realized one day that they want to change and asked for help. Just like this Lowcountry veteran who was able to overcome his 10-year drug addiction through VA hospital program. 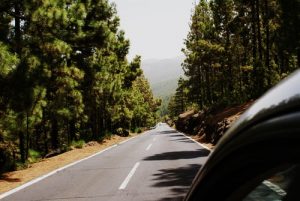 A Lowcountry Air Force veteran credits getting clean from opioid addiction on a program at the Ralph H. Johnson VA Medical Center. “It’s the longest I’ve been clean,” said Jessica Brock, who says an opioid prescription lead her to become addicted to meth and heroin. She’s a part of COAST, which stands for Charleston Opioid Assessment Substitution Therapy. It’s a combination of medication and therapy to get Veterans off of opioids.

Brock spent three years in the Air Force from 2003 to 2006. Both her parents also served in the military, but she says her addiction cost her part of her own family.

Brock lost custody of her now nine-year-old son after she got into a fight. She says one incident before all of it pushed her over the edge.

“There’s an opioid epidemic in our country, and veterans aren’t immune,” said Karen Hartwell, the Medical Director of the VA’s substance and recovery program. Hartwell says she also treated Brock, and she believes the hospital’s program is saving lives.