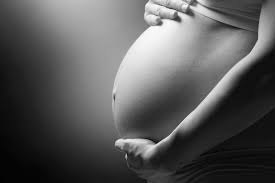 What’s worse about drug addiction is that addicts do not realize that they not only damaging themselves but even those around them- or the life inside them. This story about a mother addicted to heroin while being pregnant is really terrible.

Perhaps many of us are asking, how can she put the life of her baby at risk? This is why more drug addiction centers should be built across the country, to prevent this kind of thing from happening to others. Counselling and other rehabilitation programs will definitely help them too.

Jennifer Kostoff had been in a heroin rehabilitation program for a little more than a week when a routine blood screen showed she was pregnant. Caregivers told her she would have to leave. She could be a liability.

The inpatient center near her Granite City, Illinois, home had prescribed her Suboxone – a drug often used to control cravings and drug withdrawal symptoms – but said last September that it could harm her unborn child. Kostoff worried that withdrawal wouldn’t be safe for the baby, either. And would seeking treatment elsewhere lead her to trouble with law enforcement or losing custody of her baby?

“Most people think, ‘How could you not stop with a baby in your belly?’ ” Kostoff said. “But the physical cravings, the mental cravings, they take over despite what’s going on with your body.”

As the nation’s opioid crisis has deepened, the number of drug treatment centers for pregnant women has grown. But experts and advocates say there aren’t enough services for pregnant women to meet the demand, and many don’t offer the drugs doctors would normally use to treat addiction because they are concerned about the effects they might have on a fetus. And some laws requiring that babies going through withdrawal be removed from their mother’s care can be a deterrent to seeking help, they said. Read the full story here.