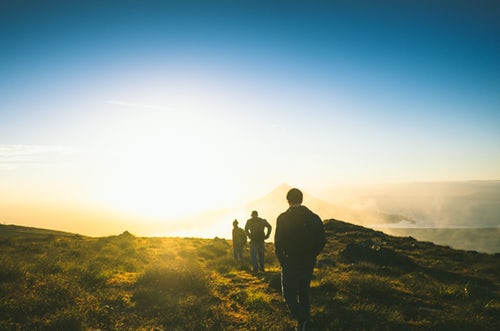 How Does Percocet Make You Feel?

If you’ve ever sustained a serious injury, chances are you were given Percocet to help control the discomfort. It is an opioid medication that helps reduce the pain experienced while the body heals itself. In this way, it is similar in effect to OxyContin—which also contains oxycodone.

Despite its medical benefits, there are dangers associated with taking Percocet, particularly when someone abuses it. So now the question is: why do people abuse this drug? How does it make you feel? What does Percocet do and how does it cause addiction? Today we’ll take a closer look.

Percocet Overview: What is it? 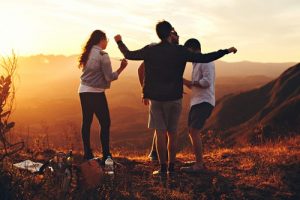 Percocet is a highly addictive narcotic. It doesn’t take very long for Percocet abuse to turn into something more serious like tolerance, dependence, and addiction. But in order to understand the addictive nature of this substance, we have to take a look at what it is made of.

This medication is a combination drug that has two main active ingredients: oxycodone and acetaminophen.

Oxycodone is an opioid pain reliever. This means it is a synthetic substance that is derived from the opium poppy plant. Like most opioids, oxycodone is addictive when taken in large doses, or when taken too frequently.

Acetaminophen, also known as paracetamol, is also a painkiller—although it is not a narcotic itself. It is added to oxycodone in order to boost its effects.

Percocet is given to patients struggling with moderate to severe pain, including cancer pain, traumatic pain, and post-surgical pain.

The Addictive Side of the Drug

Oxycodone on its own is addictive enough when misused. The fact that it is boosted by acetaminophen makes Percocet a very potent drug that should not be taken recreationally. As it provides pain relief, it also gives the user a sense of well-being. It relaxes the body, creating a euphoric high. This is what gets people addicted to painkillers.

Despite its therapeutic benefits, users should be wary not to develop physical dependence. It is even possible to become slightly dependent on the drug if you were simply following your prescription. The risk of dependence is much higher for those who purposely take large doses of the drug.

Dependence means that the body has adapted to the presence of Percocet. The user will experience withdrawal when they stop taking the drug.

Why Does It Make People Euphoric?

Opiates and opioids work by attaching to certain receptors in the brain, blocking incoming pain signals and protecting the patient. However, this process also happens to be very pleasurable. That’s because opioids impact the brain’s reward centers. This is known as the opioid effect. They block pain and depress the central nervous system.

Percocet is known for its fast-acting effects. Its bliss-inducing effect can make a person very high in a matter of minutes because the drug floods the brain with dopamine.

An addicted individual will feel like they need to take Percocet numerous times during the day. They will be obsessed with maintaining their supply of Percocet. They may even attempt “doctor shopping”—they’ll visit multiple doctors in an attempt to get prescribed with Percocet repeatedly.

But just because it makes you feel good doesn’t mean you should be doing it. Abusing these painkillers eliminates their helpful potential. If you know someone who is addicted to Percocet or any other drug, look for an addiction treatment center near you.