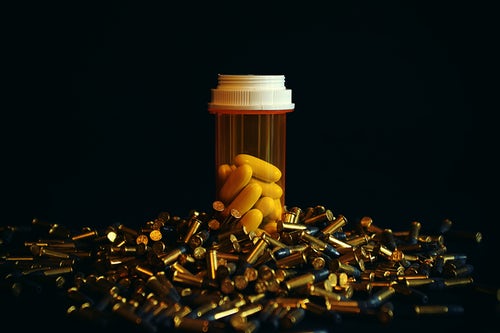 Is Percocet a Narcotic?

Did you know that in 2015, 8.4 percent of seniors in high school reported having tried narcotic medications without a prescription at some point in their life? This accounts for almost 1 million adolescents between the ages of 12 and 17.

Narcotic abuse is still a widespread problem today. And part of this problem is the lack of information regarding the effects of narcotic abuse.

It’s important to identify which drugs are narcotics, not because we have to avoid these substances, but because we need to pay special attention when taking them. And yes, most of us have taken narcotics: they are prescribed by doctors for a reason. They are only dangerous when abused.

Here’s on drug you may have already taken: Percocet. Today we’re going to talk about what it is and whether or not it’s considered a narcotic.

What is a Narcotic? 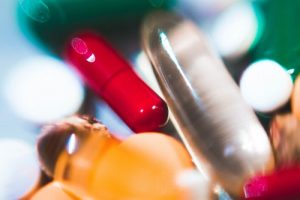 If you shuddered at the thought that you may have already taken a narcotic before, then chances are you’re only familiar with one definition of the word. In law enforcement, narcotics refer to any mind-altering substance. It can also mean any drug that’s illegal. So that’s why the word “narcotic” has such a negative connotation. It’s just how it’s used in everyday language.

But the medical industry has a more specific definition. Narcotics are opiates and opioids, meaning not all substances can be classified the same way.

Even “opiates” and “opioids” have a bad reputation these days. But these substances are not always illegal. These are actually prescription medications that help relieve pain. They are prescribed for people suffering from moderate to severe pain.

Opiates are the naturally derived from opium or the opium poppy plant. On the other hand, we have opioids, which are synthetic or semi-synthetic derivatives.

So while opiates and opioids are very similar, they are not exactly the same. The only similarity (aside from medical use) is the fact that they are both known as narcotics.

These substances are only dangerous when taken in high doses. This means if you take them recreationally or abuse them, you can develop tolerance, physical dependence, or even addiction. Along with these conditions you may experience various health problems.

It’s wise to take narcotics the way they were meant to be taken: by strictly following your doctor’s prescription. Narcotics are only obtainable via prescription. It is for our own protection.

Percocet: Is it a Narcotic?

Percocet is a prescription painkiller, meaning all of the things we said above may apply to it. So is this medication a narcotic?

Percocet is a combination drug that’s made up of two main active ingredients: oxycodone and acetaminophen. Acetaminophen is also known as paracetamol, and is included in Percocet in order to boost its pain relieving effects.

Oxycodone is an opioid, so this makes Percocet a narcotic by definition.

And because it is a narcotic, some people may abuse it by taking larger doses. And the reason why people abuse it is because it can produce a euphoric high—just like other narcotics. If abused, Percocet can relax a person and make them feel good. However, it also puts them at risk of various health problems.

Percocet abuse is so widespread that it even has a few street names like Perks, Percs, and Hillbilly Heroin.

If you know someone who is addicted to Percocet, you may have to look for a rehab facility near you. They can recover safely through a combination of medical detox and behavioral therapy. Remember that it will be difficult for them to quit if they’re already dependent, because they’ll experience intense cravings and withdrawal symptoms.