Drug addiction is a problem that can put anyone’s life at risk. It is so dangerous that it can make people suffer and have detrimental effects on society and the environment. What is worse is the fact that even up to this day, we are still struggling on how to put an end to this problem. We have also heard so many stories of people who are trying to make a move to solve this problem and save more lives and future. 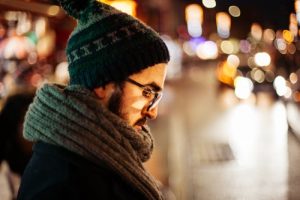 Omaha Sen. Sara Howard always tells a personal story of the experience that led her and her mother before her to introduce legislation to try to lessen opioid drug addiction and death. Monday, she retold what led her sister Carrie to become addicted to the powerful painkiller oxycontin. It was spinal-fusion surgery for which doctors sent her home with a large bottle of the drug, she said. Carrie had a number of recoveries and relapses, but the last time she looked to be on the most positive recovery from the addiction, a dentist gave her more of the drug, and she never recovered again.

Sen. Gwen Howard introduced the first bill to create the prescription-monitoring program to prevent doctor shopping from succeeding, and Sara Howard has been adding to and improving the program since.

The bill (LB556) discussed Monday would clarify patient identification to help with matching by prescribers and pharmacists, add to the record the number of refills prescribed, add security and data-sharing provisions, allow for sharing of data with other states and for interface with electronic health records.

The measure is Howard’s priority bill.

Sen. Bruce Bostelman of Brainard said he’d like to see limits put on “far too many” opioids prescribed to cancer and hospice patients. He said his brother, as he fought cancer, was given far more than was needed.