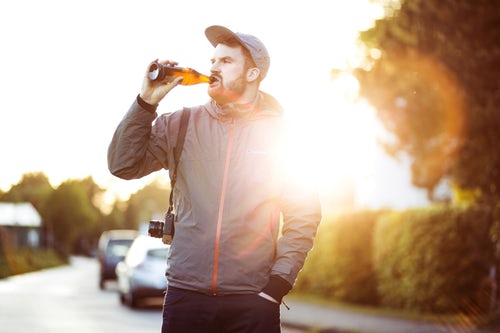 Is Morphine a Narcotic?

Opioid abuse is considered an epidemic in the US, as around 3 million people are dealing with opioid addiction. In fact, over 60 percent of overdose deaths reported in 2015 were related to an opioid drug. It is said that 91 people die from opioid overdose on a daily basis.

The reason for the rampant opioid abuse is the fact that these drugs are more accessible than illegal drugs. They have their medical uses—and so even patients who initially have no intention of abusing drugs can become addicted if they are not careful.

For these reasons, it is important to understand which drugs are narcotics. It’s not so that we can stay away from narcotics entirely, but so we can be more conscious when it comes to taking our medications.

On this article, we will be focusing on morphine and its effects. Is it a narcotic? Can it be abused? What are the effects of addiction? Let’s find out. 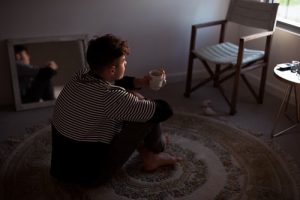 Morphine is a pain medication that is naturally found in a number of plants. It targets the central nervous system directly and decreases its ability to feel pain. It is typically given to patients suffering from acute or chronic pain.

Morphine is also frequently given to manage pain during labor, caused by myocardial infarction.

Nowadays, this substance comes in many forms like tablets, suppositories, and injections. Those who take morphine recreationally often inject it directly into their bloodstream in order to feel high quickly.

Duration of effect is around 3 to 7 hours. Morphine is also available in long-acting formulations.

Abusing this drug is dangerous as it has a lot of potential side effects. It can cause respiratory depression and low blood pressure. Unfortunately, the drug is also habit-forming, so people can easily get addicted if they don’t follow their prescription carefully.

If your doctor prescribes morphine, be sure to use it properly. Do not take larger doses, and do not take it more often than you are supposed to.

In the legal system, the definition of narcotic is broader, as the term can be used to refer to any mind-altering drug. In law enforcement, any illegal drug can be called a narcotic. This is why many people get confused once they realize that there are certain drugs that are actually narcotics.

Using this definition, we can say that morphine is a natural narcotic. It is an opiate, meaning it is derived from the opium poppy plant. It blocks pain signals from the brain. However, it also creates a relaxing sensation that can make a person high. This is what makes morphine quite habit-forming.

It is important to remember that morphine and other narcotics are not dangerous per se. It’s just that they have to be used carefully because they are addictive.

If you think someone you care about is abusing morphine, there are a few signs and symptoms you can watch out for. It is possible to overdose on narcotics, so it is important to know if someone is abusing them. Not to mention that opioid addiction and dependence present other challenges entirely. Early intervention is key.

A person who is abusing morphine may have frequent mood swings. They may show various changes in their behavior: having trouble sleeping, drastically gaining or losing weight, losing their appetite, or simply having difficulty coordinating their movement.

Other signs to look out for include slurred speech, euphoria, sedation, shallow breathing, pinpoint pupils, itching, and dry mouth.

If you know that a family member was prescribed with opioids, keep an eye on their drug intake. They shouldn’t run out of medication earlier than expected. They shouldn’t take large doses of morphine even if they accidentally skipped a previous dosage.

Narcotics abuse is very common these days, but it’s a treatable condition. Addiction should be handled with the help of medical professionals, because long term users may experience withdrawal. Cravings will also prevent an addicted person from quitting on their own.

But with medical detox, their intake can gradually be lowered so that their symptoms are easier to deal with. Behavioral therapy and counseling can help them restart their life by learning healthy ways to handle their cravings.

Look for an addiction treatment center near you today!