Methamphetamine was first used during the World War II to keep soldiers awake. Kamikaze pilots, in fact, used high doses of the methamphetamine drugs right before their suicide missions. After WWII, injecting methamphetamine reached an epidemic level in Japan as supplies of meth for the military people became accessible to the public. Today, it has become more potent as various production methods continuously evolved.

The succeeding years made use of the drug as a stimulant for athletes, college students, and truck drivers to keep them energized and awake. Year after year, an improved accessibility of the methamphetamine injection preparation was observed.

In 1970, the United States government regulated the use of methamphetamine. With this, American motorcycle groups then held the production and delivery of the drug. Most of the recorded drug users were revealed to have lived in rural areas and could not pay for the pricey cocaine.

In 1990, California became the center of Mexican drug trafficking trade. Large laboratories were created that had the capability of producing 50 lbs of methamphetamine in 2 days, usually held during weekends.

However, smaller private laboratories were also built in household kitchens and this is what made the drug popularly termed as “stove up.” The drug spread across the United States as well as Europe and into the Czech Republic.

In Asia, the drug distribution comes from massive productions in Thailand, China, and Myanmar.

Underground Productions of Meth in the United States

In the U.S., the numbers of drug trafficking and methamphetamine dependency rate have increased in the recent years. The data were reported in the surveys, investigative reports, and statistical analysis. They included statistics of its effects on health, prices in the clandestine market, and incidence of meth-related accidents and violence.

Based on these data, it was concluded that the drug has a destructive impact in many communities. Recently, the use of meth can already be felt even in urban areas and in places which used to be drug-free.

Almost every methamphetamine drug made, distributed, and abused in the U.S. comes from underground production. Illegal manufacturing of methamphetamine is done in different ways; however, it is typically produced using the ephedrine and pseudoephedrine reduction mechanism.  These two ingredients are commonly found in many asthma or cold medicines.

Using the reduction method, bulk quantities of the ingredients are produced, collected, or bought to create a massive-scale production. For the past two years, organized crime groups from the United States and Mexico have been arrested, highlighting criminals who were acquiring several bulks of ephedrine destined for Mexico. The large volumes of ephedrine are known to be a component for the production of illegal methamphetamine. 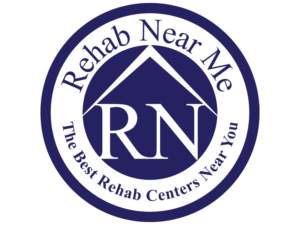