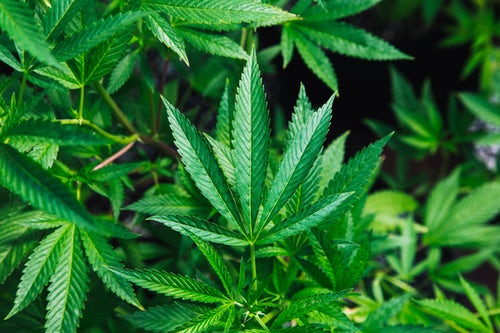 Is Marijuana a Narcotic? 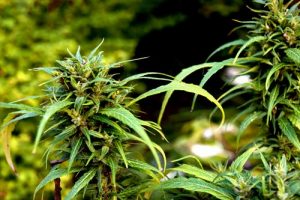 Marijuana—also known as weed, pot, grass, herb, and even Mary Jane—is a mixture of dried flowers of Cannabis sativa. Popular among recreational users, it is commonly smoked in hand-rolled cigarettes called joints. Some people use bongs (a water pipe) and blunts (weed wrapped in cigar wraps). Others brew it into tea, or create “edibles” by mixing it into their food—commonly brownies.

Marijuana contains a mind-altering chemical that’s responsible for the intoxicating high that recreational users seek. This psychoactive chemical is called delta-9-tetrahydrocannabinol (THC). Other than that, marijuana contains more than 500 other chemicals.

This drug is the most commonly used illicit drug, according to the 2015 National Survey on Drug Use and Health. In fact, 22.2 million people have actively used the drug in the past month, according to this survey. Usage is more prevalent among men than women.

Despite all these facts that we know about marijuana, there are still a number of things people wonder about. For example: is marijuana a narcotic?

Learning what a narcotic is can help us get a deeper understanding of substance abuse and addiction. Let’s take a closer look at this particular substance.

Is Marijuana a Narcotic?

The answer is a yes and a no. It really depends on how you use the word “narcotic”. In law enforcement, narcotics refer to all illicit drugs, regardless of what type of substance it is. So depending on whether marijuana is legal in your state or not, it may be a narcotic.

This usage of the term has led to the stigma that all narcotics are bad or illegal—when there’s reason to acknowledge that it’s not. The legal system classifies all illegal drugs as narcotics.

On the other hand, the medical field has a more specific definition. Narcotics actually refer to opiates and opioids—substances that are derived from the opium poppy plant. These are used as prescription painkillers, given to patients who are suffering from moderate to severe pain.

It can help with traumatic pain, post-surgical pain, and cancer pain. If we follow this definition,

then marijuana is technically not a narcotic. It’s not an opioid, although it has similar properties that relax the mind and body. Although there is such a thing as medical marijuana, it is not widely prescribed by physicians like opioids are.

Opioids and opiates are legal, provided that they are prescribed by a physician and used by the patient properly. Abusing and misusing these drugs are still illegal. But because of the accessibility of these prescription narcotics, they are prone to being abused. They are certainly easier to obtain than illegal drugs like heroin.

If we look at the etymology of the word “narcotic,” we’ll see that it is taken from the Greek word “narkos” which means sleep. Therefore, drugs that induce sleep are considered narcotics. This introduces yet another way to categorize marijuana. Marijuana does have a tendency to induce sleep at times. It’s just like alcohol. However, this does not make it a narcotic.

If someone you know is struggling with marijuana abuse, you should know that it’s possible for them to get better. A combination of medical detox and behavioral therapy can help them get sober again. And learning all about the substances that are commonly abused is the first step towards addiction recovery, so you’ll be better prepared to support them through their journey.

Look for a rehab facility near you today!