Hip-Hop Culture and Substance Abuse: How Drugs are Killing the Industry 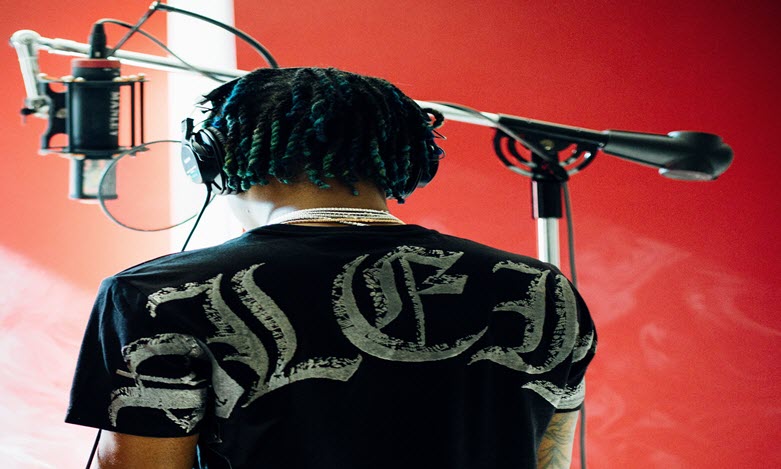 Why Is Hip Hop Culture Consistently Glorifying The Use & Addiction of Drugs, Alcohol & Prescription Medication?

Black History Month is fast approaching, with February being the annual commemoration of the achievements and contributions of the African American community in US history. It is also a time to discuss some of the struggles that the hip hop community and the black community is dealing with. Now before everyone gets up in arms, this is not an article talking about how African Americans are the only people who talk about the glorification of addiction and substance abuse. We will dive into hip hop artists of a variety of ethnicities who have abused drugs and alcohol and use their platform to influence a whole other generation to think that the use of those substance is “Cool”.

Here we will talk about the relationship between hip hop culture and substance abuse—how the genre promotes drug use, and suffers from it at the same time. Hip hop culture is often considered synomymous with black culture. African Americans invented hip hop or rap. So it seems fitting to bring to light the ties between Hip Hop and drug addiction in preparation for Black History Month. White people and people of all colors, this article is about you too if you are a fan of hip hop music and the culture.

Since the beginning of hip hop, artists have glorified the lifestyle of a drug use. Lyrics, music videos, and performances seem to celebrate or glamorize the abuse of illicit substances. Way back in the 1970’s, Grandmaster Flash and the Furious Five released the first conscious rap song entitled “The Message” which depicts the use of crack cocaine in New York City.


Early artists talked about drugs in a way that described the environment that surrounded them. However, hip hop later evolved into something that glorified the use of drugs. In the 1990s, there was a movement called “weed rap” which was popularized by rappers such as Snoop Dogg and Dr. Dre.

The following era, the early 2000s brought a wave of opioid, Xanax, and codeine glorification into mainstream hip hop. These depictions have somewhat normalized drug addiction in hip hop, particularly in this modern era.This is one of the main problems of the hip hop community nowadays. Because of this normalization, the rap community neglects to address the dangers of substance abuse and fails to offer help to rappers who are struggling with addiction. Artists like Eminem were using prescription drugs during this time frame and only later on did some of these artists finally come clean about their addiction.

Many rappers have expressed their troubles with drugs and alcohol, but few have gone to rehab. This has led to a fatal outcome on more than one occasion. The rapper known as Juice Wrld was the most recent artist in the community to die from a drug overdose. On December 8, 2019, the 21-year old rapper died from a suspected Percocet-induced seizure.

African American hip hop performers are certainly not the only ones struggling with drug abuse. This means that the industry as a whole is suffering from its own glorification of substance abuse and addiction.In September 7, 2018, the 26-year old rapper Mac Miller died from an accidental drug overdose due to a mixture of Fentanyl, cocaine, and alcohol. Miller’s lyrics often referenced his struggles with substance abuse.

A year before that, 21-year old rapper Lil Peep died from an accidental overdose of Fentanyl and Xanax. Lil Peep was a frequent user of drugs due to his mental health, including depression and bipolar disorder.

These deaths among some of the most famous rappers of this modern era have sparked controversy regarding the relationship between substance abuse and the hip hop community. This controversy is not new, and is only resurfacing because successful artists are dying at an early age. The inclusion of drugs and alcohol in rap culture is not new.

Ok, back to hip hop-These deaths have inspired rappers such as Lil Uzi Vert and Lil Pump to pledge sobriety—although most of them returned to their old drug habits rather quickly. Many rappers use drugs as “fuel” or “inspiration” to help them boost their creativity and come up with new hits.

It is worth noting that certain rappers such as Kendrick Lamar, Logic, and Joey Bada$$ have all occasionally expressed negative opinions about drugs, demonstrating that not all rappers are embracing a lifestyle of drug abuse. J.Cole’s album KOD is a good example of this, offering an honest depiction of addiction, as he describes his own struggles with these desires. Cole detailed the downfalls of a drug-fueled lifestyle and offered solutions to people who are struggling with addiction.

Drug abuse seems deeply ingrained within the entire genre of hip hop and rap. But this is not to say that the entire situation is hopeless, as modern day rappers are also rising to the occasion and speaking up against the norm. Hip hop is not the only music genre that glamorizes drug abuse, as this is often the topic of pop music and rock music as well.Rock and Roll rather started it all. Look at Jimmy Hendrix and the Beetles and every other Rock and Roll “god” you ever listened to.

As music fans and members of the community, we need to view this problem from a better perspective: we can look at the problem from the outside looking in. We need to support rappers who are honest and open about their struggles and do their part in helping the industry move towards a better direction. We are all for artists being transparent about their block they grew up on, or the fact they they saw drugs being sold or selling it themselves. But to have no advice in the lyrics to stay away form slangin rock or from cookin in the kitchen, serves as an endorsement for this lifestyle. Jay-Z and other rappers should be putting this lifestyle on blast instead of glorifying it.

Since so many of the artists that create hip hop music are of African American descent, if they want to raise the culture- they need to start creating more context around the lyrics. If a rapper brags about “cookin in the kitchen”, that is condoning that lifestyle. However if they rap about “Ni*ggas acting like I sold you crack Like I told you sell drugs; no, Hov did thatSo hopefully you won’t have to go through that..” there is a message that doesnt condone the lifestyle. We as a culture need more high brow, and thought leaders in hip hop, who can raise the glass ceiling- in fact, we need leaders who can smash the ceiling and realize that we livn with no limits.

So for all our African American readers or for anyone reading this- we as a people, and when we say people, we mean “one people” because we are all ONE race, the human race- we need to do better. We have an obligation to the next generation to help elevate our culture to a level that would be reflective of the dreams of Martin Luther King. So, let’s stop glorifying addiciton and get real, until we stop putting out music and artists that are simply caricatures of what real hip hop is about, we are going to continue to wallow in the mud.

It’s almost impossible to write a piece about rap culture and drug use without bringing up the man himself, Weezy F Baby. Lil Wayne pretty much made Lean popular. Yes we know DJ Screw and other artists were early users, but Tunechi is by far the biggest star who promotes this lifestle. He has been rumored to suffer seizures from codeine use. CHeck out a few of the Lil Wayne songs that reference Lean in them. “Swimmin’ laps around a bottle of Louis the XIII/ Jumping off of a mountain into a sea of Codeine/ I’m at the top of the top, but, still I climb/ And if I should ever fall, the ground will then turn to wine”. Lil Wayne promotes sizzurp more than any other super popular rapper we can think of.

Lucy In The Sky With Diamonds-The Beatles

Rehab Near Me offers a wide range of addiction treatment campuses for drug addiction, alcohol addiction and prescription addiction that you can work with, whether you are an artist, a fan, or just someone with a substance abuse problem.

If you or someone you care about is struggling with drug or alcohol addiction, it is important to seek help. A combination of medical detox and behavioral therapy can go a long way in the fight against drug abuse. But because every individual is affected by addiction differently, a comprehensive program tailored to their specific needs is necessary. Look for a nearby addiction treatment facility today and find out how drug treatment programs work.