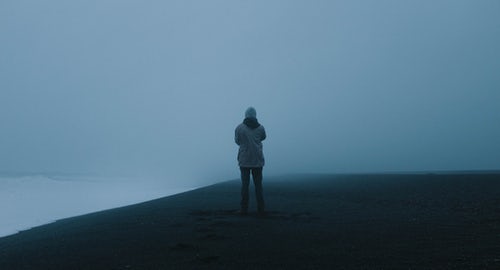 The Effects of Addiction: What Does Meth Do to your Body?

Methamphetamine is known as one of the most dangerous drugs in the world. This extremely powerful stimulant is very addictive, and is often smoked, snorted, ingested, and injected by recreational users.

The drug produces a rapid and intense high that keeps people coming back for more. This euphoric sensation is enough to get people hooked even after their first time taking meth. Those who have taken meth before are aware of the “crash” that follows the high. Because of this, they will try to keep taking meth to postpone or avoid the crash.

Meth binges can last for weeks and even months for some people. But they still crash inevitably—and this is described as an unpleasant sensation.

But beyond the highs and the crashes, meth does so much more to a person’s body. And a lot of these effects are very dangerous, so it’s important to talk about them.

What are the Effects of Meth Abuse? 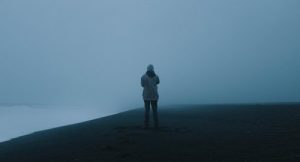 Meth can damage one’s health in a variety of ways. Meth can impact several crucial organ systems—sometimes the damage is irreversible. Chronic meth abuse can have a permanent impact on a person’s health, even after they quit. So while recovery is possible, it is still much better if you avoid taking this drug in the first place.

Meth Addiction and the Brain

Meth abuse increases the chance of stroke, a condition that keeps blood from flowing to a certain area of the brain. This results in tissue death and potentially permanent brain damage. It can lead to memory loss, partial or total paralysis, cognitive impairment, and even death.

When someone takes meth, their brain is flooded with dopamine, which is what causes the high. However, it has adverse effects in the long term. Overstimulation of dopamine can lead to the destruction of the neurotransmitters. Oftentimes meth-addicted individuals will experience greater difficulty in experiencing euphoria without taking the drug.

Meth’s effects on the brain can lead to behavioral changes, including depression, anxiety, paranoia, hallucinations, and even psychosis.

Addiction and the Heart

Excessive and chronic use of meth can produce heart palpitations over time. It can also lead to the development of an arrhythmia, which is also known as an irregular heartbeat. This feels like a “skipped heartbeat” and it can become more severe. It can lead to lightheadedness and cardiac arrest.

Meth abuse can also raise a person’s blood pressure and damage the arteries.

Addiction and the Respiratory System

As a stimulant, meth can cause rapid breathing. But excessive meth intake can eventually lead to bleeding in the alveoli, the portion of the lungs responsible for gas exchange with the blood supply. Meth abuse is also associated with pulmonary hypertension caused by the damaged small pulmonary blood vessels.

Addiction and the Person’s Appearance

It’s easy to see that a person is abusing meth judging by its effects on their appearance. Have you ever heard of the term “meth mouth”? This is the visibly harmful impact on the person’s oral health. Meth-induced tooth decay is very common among long-term users. Meth use can lead to dry mouth and lack of saliva that usually fends off cavity-causing bacteria.

Meth abuse can also cause the compulsive grinding of teeth—behavior that can wear them down over time. Meth users also tend to neglect their nutrition and oral hygiene due to being high. This is what causes severe tooth decay.

Other than that, the person will also start picking at their skin. This is a compulsive behavior caused by the delusion that they have bugs crawling under their skin. This may create numerous open sores, which can become infected.

On top of this, meth abusers can drastically lose weight.

As a powerful stimulant, meth functions as an appetite suppressant, and it has historically been used as a diet pill. However, meth is far from just a harmless diet aid. Meth users experience a severe loss of appetite and often neglect to eat regularly, potentially going days without food. Because meth also speeds up the body’s metabolism, this can lead to rapid weight loss so severe that meth users may take on an emaciated appearance.

There are many other adverse effects associated with meth abuse and addiction. And so it is important to help your loved ones who are struggling with substance abuse. Look for an addiction treatment facility near you and start their journey towards recovery.