Is Diazepam a Narcotic?

Diazepam is the generic name for a substance that’s widely known as Valium. It is used o treat anxiety, alcohol withdrawal, and in some cases, seizures. Diazepam is classified as a benzodiazepine, and it works by calming the brain and the nerves.

This medication is also used to relieve muscle spasms and provide sedation before certain medical procedures. Diazepam is taken orally, either with or without food—depending on the doctor’s prescription. The doctor will prescribe the right dosage for you based on your age, medical condition, and response to treatment.

It is widely known that misusing diazepam can cause side effects. It’s even potent enough to cause addiction and physical dependence. And because of the danger it presents, it is important to know everything we can about it.

We can start with the simple things: is it a narcotic? Let’s take a closer look.

Diazepam: Is it a Narcotic? 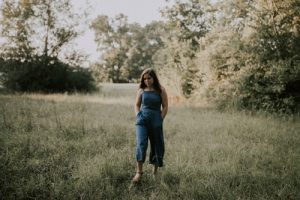 There are two common definitions of the word “narcotic”: the medical definition and the legal definition. In the medical sense, we can say that Diazepam is not a narcotic. A medical narcotic is either an opiate or an opioid. Opiates and opioids are derived from the opium poppy plant: the opiates are the natural derivatives, while the opioids are the synthetic and semi-synthetic derivatives.

These substances are often used as prescription painkillers. Only opiates and opioids are technically considered narcotics in a medical setting. These medications slow brain activity, causing sedative and hypnotic effects. Sometimes, they even cause loss of consciousness.

Narcotics are generally addictive because of the euphoric sensation they give their users. But while Diazepam could provide euphoria, it’s not classified as a narcotic. Although it can get you high, Diazepam is not related to opium.

Legally speaking, Diazepam is not a narcotic either. In law enforcement, the definition of narcotic is much broader. Sometimes they use it to refer to all kinds of illegal drugs, no matter the classification.

If it’s a mind-altering drug, it’s a narcotic, even if it’s not an opiate or an opioid. Legally speaking, narcotics are illicit drugs or controlled substances. Diazepam is not a Schedule I, II, or III drug—so it is not actually considered a controlled substance by the US Drug Enforcement Administration.

So we can say that Diazepam is not a narcotic. But still, it has a high potential for abuse. Prescription medications tend to be dangerous when misused, and this also applies to diazepam. It becomes more problematic with long-term abuse.

If a person develops physical dependence, they won’t be able to quit the drug very easily. They will go through severe withdrawal and intense cravings, which will ultimately cause them to relapse. Attempting to quit on your own may be dangerous, if not merely unpleasant.

The best way to deal with diazepam addiction is with a combination of medical detox and behavioral therapy. While addiction treatment is personalized to suit a patient’s specific needs, it generally works best with this combination.

Look for an addiction treatment center near you today if you know someone who is addicted to diazepam.