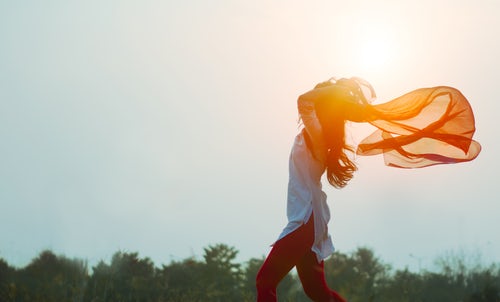 Is Buprenorphine an Opiate?

Buprenorphine is not the most widely known drug around. Even Suboxone is a bit more familiar compared to buprenorphine, despite the former having the latter as one of its main active ingredients. And because it’s not so popular, people don’t know much about it.

It is through articles like this that we can begin to learn more about the drugs that are being prescribed, being abused, and being misused by people. By having some extra knowledge about these medications, we can become more prepared when dealing with something as serious as drug abuse and addiction.

On this particular article, we will be focusing on a single topic: the classification of buprenorphine. Specifically, we will answer this baffling question: is buprenorphine an opiate? What is it exactly? Let’s take a closer look.

First things first: what is buprenorphine? For some of you who have done your research on drugs, you may have heard of it as a main ingredient in other drugs, such as the one mentioned above: suboxone. But what exactly is it?

Buprenorphine is a prescription medication derived from thebaine, which is an alkaloid of the poppy Papaver somniferum. At low doses, this drug produces sufficient agonist effects to enable drug addicted people to discontinue the misuse of opioids.

Is it an Opiate?

The answer to this is no: it is not actually an opiate. An opiate is a drug that is naturally derived from the opium poppy plant.

In any case, both opiates and opioids are classified as narcotics under the medical definition of the term. In the legal system, all mind-altering drugs are considered narcotics, even if they are not technically classified as opiates or opioids.

So why is this important? It’s interesting to note that an opioid like buprenorphine can actually be used in the treatment of opioid addiction.

Buprenorphine is used during opioid replacement therapy. It is naturally less potent compared with other opioid substances, so an addicted individual can use it to lessen the impact of withdrawal. They won’t experience severe withdrawal symptoms (which are sometimes life threatening) because buprenorphine can trick the brain into thinking it has already taken opioids.

Buprenorphine has a much lower risk of being abused. This means those who are dependent on opioid medications can gradually lower their intake without abruptly quitting drugs.

Opioid replacement therapy is often done in the privacy of a physician’s office. It may also be done as a part of an intensive drug rehab program. It may be used during inpatient treatment, in which the patient stays in a drug rehab facility to receive medical detox.

Unlike other medications that are used strictly for addiction treatment, buprenorphine can be dispensed for take home use. It is available via prescription from a licensed physician.

Buprenorphine is also different from other opioids because it is a partial opioid agonist. It produces less euphoric effects. It has a lower chance of developing physical dependence. It has a lower potential for misuse. And if used properly, it may suppress the symptoms of opioid withdrawal.

Because of its safety profile, it’s an efficient tool that is often used for treatment of patients addicted to opioids.

It is important to know that opiates and opioids are not inherently bad. They are in fact prescribed for pain relief. They only become dangerous when taken in high doses, especially if someone uses them recreationally.

If you know someone who is struggling with addiction, you have to keep in mind that pursuing sobriety is still an option. It may be a difficult process, but know that it is possible to become free from the effects of addiction. Look for a drug rehab facility near you today to find out more.