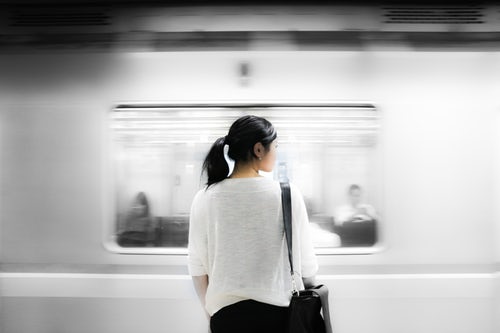 Can Buprenorphine Be Abused?

Buprenorphine is a drug that’s used in opioid replacement therapy. But as a prescription medication, we must discuss the risks associated with taking this drug. Can it be abused? Is it dangerous? Let’s take a closer look.

Here we will discuss buprenorphine: what it is, what it does, how it’s used, and whether or not people can take it recreationally.

Buprenorphine is a partial agonist that blocks off opioids by attaching to the same opioid receptors in the brain. It’s a partial agonist that exhibits a ceiling effect at high doses. This means that there is a plateau observed for its opioid agonist effects. You can expect it to cause less sedative effects. It also has a low risk of causing respiratory depression.

This drug is a well-suited medication for opioid replacement therapy due to its activity as a partial opioid agonist. It can be substituted for full agonists such as heroin or morphine. This is supposed to prevent withdrawal symptoms.

In addition to this effect, you can also withdraw from buprenorphine without significant discomfort—something that is more commonly associated with methadone.

Interestingly, buprenorphine itself is an opioid, meaning it is a synthetic substance derived from the opium poppy plant. It is therefore classified as a narcotic.

How is it Used?

Studies and trials have established buprenorphine as an effective treatment for opioid dependence. It is safe and effective for use in acute detoxification, stabilization, and long-term maintenance of people who are struggling with opioid dependence.

Buprenorphine is intended for sublingual administration. It is currently used in dozens of countries all over the world due to its safety profile and effectiveness.

Can it be Abused?

A non-opioid dependent individual who takes buprenorphine will experience the euphoric effects that are typically associated with stronger opioids.

It can exhibit positive-reinforcement properties, which means the risk is still there: it can be abused by people who want to take it recreationally. Studies have shown that people who received buprenorphine were more likely to self-administer another dose.

Despite its benefits and low risk of abuse, the possibility is still there. However, this abuse liability is still considered moderate compared to morphine and full opioid agonists.

Furthermore, those who are already opioid-dependent have an even lower risk of buprenorphine abuse. This is because of its properties as a high-affinity partial agonist. Opioid dependent individuals will likely experience withdrawal symptoms that are much more manageable.

So in conclusion, if you are already addicted or dependent on opioids, you are not likely to get addicted to buprenorphine. It will instead help you get over your addiction by replacing your substance of choice and gradually lowering your dosage. This process is called medical detox, and eventually even buprenorphine will be taken out of your system completely.

Do take note that buprenorphine works best as a part of a comprehensive drug addiction treatment plan. Medical professionals will be able to take care of you during the withdrawal stage, which you will go through.

If you are not opioid dependent, then there’s a chance that you will get addicted to this drug if you take it in large doses, or take it more frequently than you are supposed to.