Binge Drinking and Alcohol Abuse: What are the Signs of Alcoholism?

Alcohol abuse is still a widespread problem. Drinking is such a common activity that it’s hard to tell whether a person is an alcoholic or just having fun. People drink to relieve stress, to socialize, to experiment, or to limit their inhibitions and have fun.

Drinking recreationally has become ingrained in our culture. And while that’s not necessarily a bad thing, drinking excessively can lead to life-threatening consequences. So how do you know if someone is abusing alcohol?

Here we will talk about the signs of alcoholism, and what you should look out for if you think someone you care about is drinking way too much. 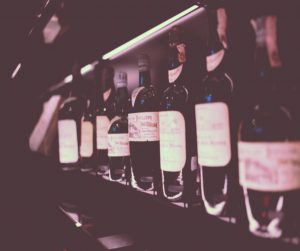 Denial is one of the main reasons why millions of people don’t get the treatment they need for alcoholism. Most people with alcohol use disorder will refuse to acknowledge the problem. They will try to rationalize their drinking behaviors, even if it’s harmful to them.

They will refuse to take responsibility for their actions, blaming other people or certain circumstances for their drinking.

But by refusing to recognize their own faults, they become unable to deal with the problem. They keep themselves from getting better.

If a loved one is in denial about their drinking habits, you will need to set up an intervention, set boundaries, or help them see the flaws in their actions. Once they stop making excuses, they can begin receiving the support they need.

The Warning Signs of Alcohol Abuse

If you’ve heard of the term binge drinking, then you might already have an idea of what alcoholism looks like. Alcoholics will binge and they will do it often. Binge drinking is the act of drinking lots of alcohol within a short period of time.

But binge drinking often is perhaps the easiest sign to spot. Some warning signs aren’t recognizable, while others may be more difficult to identify. And so the severity of alcohol abuse plays a role in the warning signs that a person exhibits.

One common sign of alcoholism is trying to cover up alcohol abuse by lying or drinking in private. Alcoholics may try to isolate themselves from others so that they can hide their drinking habits. These people will drink alone, or drink in the middle of the day. This only makes it challenging for family members or friends to intervene.

If your loved one feels hungover when not drinking, there’s a chance they might be abusing alcohol. You might notice that they are making excuses to drink: they will say they need to relax, deal with stress, etc. Regardless of their excuses, they will always choose to drink over other responsibilities and obligations.

Signs and Symptoms of Alcohol Use Disorder

While abusive behavior is easier to conceal, the effects of alcoholism on the body will prove impossible to cover up. If left untreated, alcohol abuse can spiral out of control quickly, causing damage to internal organs.

When alcohol abuse begins to impact their health, it is diagnosed as an alcohol use disorder. This is a medical condition that must be treated with the help of professionals because at this point, quitting will only lead to withdrawal and relapse.

It goes without saying that these symptoms should not be ignored. If someone you care about is struggling with alcoholism, look for a rehab facility near you.

Overcoming alcoholism involves a comprehensive treatment plan that is tailored to suit the patient’s specific needs. It may take a combination of medical detox and behavioral therapy, but the person will eventually get sober again. It all starts with recognizing the signs of alcoholism.