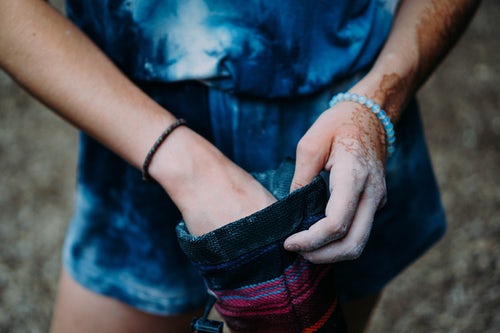 Recovering from addiction is never easy. Many are not even able to do it. There are those who tried escaping from it but failed. But the good thing is, there are those who became successful with it also. Drugs are becoming a very serious problem. It has been affecting lives, families, relationships, and society as a whole. It even contributes to the increasing number of crimes today.

In spite of all of this, we have to commend those who turned away from drugs and decided to take the right path. In Crossville, a woman was able to overcome drug addiction and turned her life around. Crystal Sturgill of Crossville looked far older than her 28 years at the time of her arrest on felony narcotics charges.

Recently, one of Sturgill’s friends reached out on Facebook, saying Sturgill had worked hard to change her life. She’s now truly beating the odds.

“I should be dead, really. I was living a lifestyle that was so unsafe. Running from the cops and having guns and shooting at people and – I mean, I never shot anybody but I didn’t care. I was fearless and reckless and I didn’t care who I hurt, when I hurt them, or if they hurt me,” Sturgill said.

Her downward spiral, Sturgill says, gained speed when she miscarried twin boys during an abusive relationship in 2011. She was nearly six months pregnant. The babies are buried in a cemetery close to home.

“I held them, they died, and we went on from there,” Sturgill said. “But I was never the same after that. A very big part of my life was dead to me that day.”