Alcoholism is one of the most common addictions in the US. Excessive drinking, if left untreated, can lead to severe consequences.

Alcohol is legal and drinking recreationally is very common no matter where you go. It is widely celebrated, and the activity itself is ingrained deeply into many cultures all over the world. Drinking in moderation can lower anxiety and reduce inhibitions. However, take it a bit too far, and it can cause a broad range of side effects—most of which people are already familiar with including slowed or slurred speech, high blood pressure, changes in the mood behavior even liver disease.  Even if a person doesnʼt drink, they are exposed to the effects of alcohol abuse, because it is so often portrayed in the media. Most people are familiar with the feeling of inebriation and dizziness. Alcohol addiction can be difficult to spot, especially through the haze of denial. The first step of recovery is admitting you have a problem.

Beer is an alcoholic drink that is typically made from water, barley, hops, and yeast. However, when compared to wine or hard liquor, beer usually has the lowest alcohol content by volume (ABV). The ABV for beer usually ranges from about 2 to 12 percent, especially with the most commonly consumed beers. For most people, it takes 3 to 5 beers to be over the legal driving limit. Beer is commonly present in drinking games, particularly on college campuses and during happy hours for professionals. These are also very popular during major sporting events. 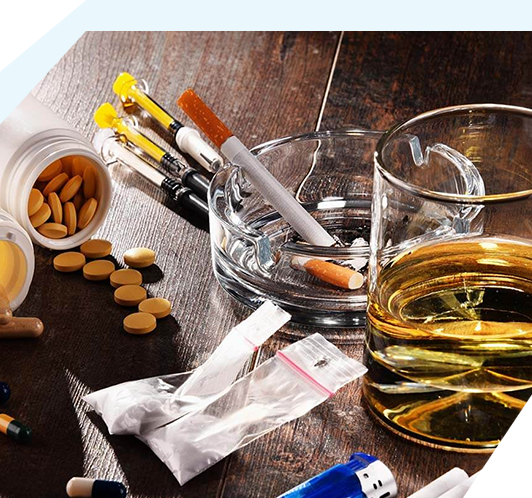 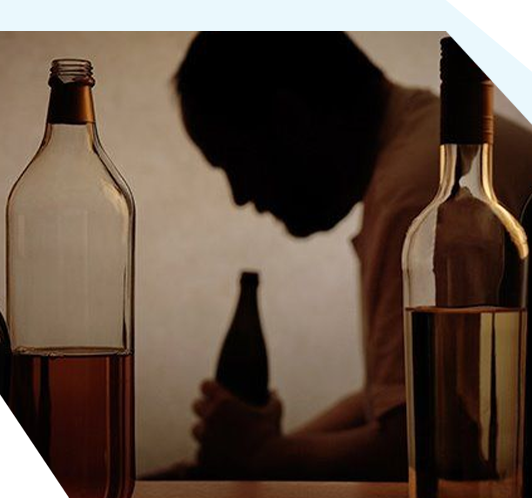 Liquor is an umbrella term for hard alcoholic drinks or spirits. This includes vodka, gin, tequila, rum, and whiskey. This means that liquor has a much higher ABV compared to beer and wine. It is often mixed with sodas, juices, or water. The average size of a liquor pour is 1.5 oz. When not mixed into drinks, liquor is consumed as a shot. Drinking liquor mixed with soda can actually cause quicker intoxication because carbonation speeds up the absorption of alcohol into the bloodstream. The lower liquid content of shots actually makes it easier to consume. However, this leads to a higher risk of abuse and subsequent drunkenness. Alcohol withdrawal may seem overwhelming but seeking the right medical help is necessary to get sober.

ALCOHOL AND OTHER DRUGS

ALCOHOL AND OTHER DRUGS
Alcohol and drugs are often taken together, especially in todayʼs culture. But this activity is particularly dangerous because alcohol does not mix well with other drugs. This means the risk of an overdose is very high, and can even be life-threatening. Though alcohol on its own can be dangerous, mixing it with other drugs such as painkillers and benzodiazepines can quickly prove to be fatal.

Binge drinking is surprisingly becoming more common nowadays. Binge drinkers are a subset of problem drinkers who actually take excessive amounts of alcohol within a very short period of time. Men who consume five or more alcoholic drinks, as well as women who consume four or more drinks, over a two hour period are considered binge drinkers.

Alcoholic drinks are substances that work as depressants for the central nervous system. They can slow down mental and bodily processes, relaxing the body and reducing anxiety. With the first drink of alcohol, one can experience a sudden decrease in anxiety or stress. Drinkers are more likely to feel confident when meeting new people, because they become less concerned with how they are perceived by others. Casual use and abuse are hard to tell apart, but in general, any usage of alcohol that leads to negative consequences is considered the latter.Some of the effects of alcohol abuse are immediate and severe. They can cause physical harm or illness, they can cause financial difficulties, and their relationships can be strained. A person who is addicted to alcohol may lose sight of their priorities or goals. They can forget about their responsibilities, leading to problems at work, or in school, etc.

STATISTICS OF ALCOHOL ABUSE AND ADDICTION

Adults who first used alcohol before the age of 15 are 7 times more likely to become an alcoholic in the future compared to those who first used alcohol at the age of 21. Alcohol abuse causes over 40 percent of all drug-related emergency room visits of people under the age of 20. The problem with alcoholism is so severe that over 2 million people found treatment for their alcoholism back in 2011—and most people still donʼt have access to proper treatment.

Alcohol addiction, also known as alcoholism, is characterized by compulsive alcohol-seeking behavior. It is marked by craving for alcohol and the inability to stop drinking even when it causes extreme personal or social harm. Alcoholics are prone to drinking more than they intended. They may also display a desire to stop drinking, but will be unable to. They will develop a tolerance for alcohol, meaning that they will need to drink more to get the same experience. Alcohol dependence means that the body has adapted to the presence of the substance. It will therefore react negatively and go into withdrawal if the person suddenly stops.

This is how the Centers for Disease Control or CDC defines the levels of alcohol abuse: Binge drinking occurs when one consumes enough alcohol in one sitting to bring the blood alcohol concentration to 0.08 percent or more, which is considered to be legally impaired. On average, this results from about five drinks for males and about four drinks for females within about two hours Heavy drinking is about 15 drinks per week for men, and about eight drinks per week for women. Alcohol abuse is generally considered to be regular drinking that can result in physical harm or damage to a personʼs relationships or responsibilities. Alcohol abuse does not necessarily mean a dependence on alcohol is present.

Now that the severity of alcoholism and alcohol abuse have been established, it is important to look for the physical signs of alcoholism. Everyone experiences addiction differently. A person who drinks the same amount as somebody else will still suffer from different effects because of different factors such age, gender, health condition, co-occurring disorders, etc. Not to mention the fact that other environmental factors can influence the physical effects of alcohol abuse. A personʼs drinking habits, their drink of choice, their drinking history, and other factors can change the way their body responds.

This is another aspect of alcoholism that impacts a person severely. But the social consequences of alcoholism are not always discussed. Drinking excessively can interfere with the way a person maintains their relationships, both personal and professional. Alcoholics are likely to sever ties with people who are important to them, either accidentally or intentionally.

If someone in the family is struggling with this type of addiction, or any kind of addiction, it is important to remind them that they are not alone. They do not need to go through this difficult process on their own. Many people who are dealing with alcohol addiction find it difficult to quit without the support of others. The good news is that there are many alcohol rehab facilities out there with comprehensive treatment programs and skilled professionals who can help in all aspects of addiction. 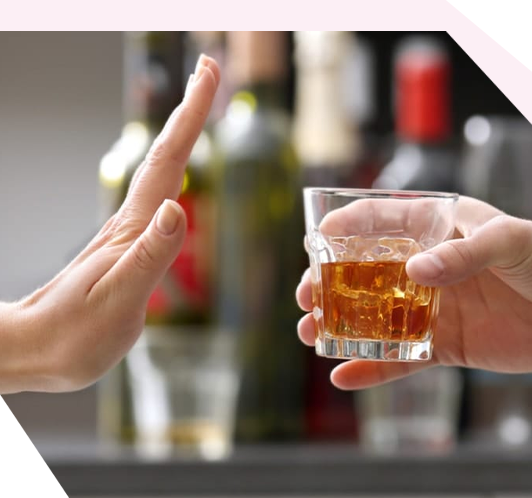 THE FIRST STEP OF RECOVERY FROM ALCOHOL

The first step is recognizing and accepting the fact that th ere is a problem and that it has to be fixed. With the signs and symptoms mentioned above, it should be possible to tell if a person has a drinking problem. Looking for a rehab facility and allowing them to create a treatment plan based on the patientʼs condition is the next step.

Inpatient programs are designed to keep the person away from their environment—meaning they get to stay away from the usual temptations and stressors. The programs typically last 30 days, but it can last even longer depending on the treatment approach.Because of the focused nature of inpatient treatment, these programs have a high success rate. Residential treatment is recommended for those who have moderate to severe alcohol addiction 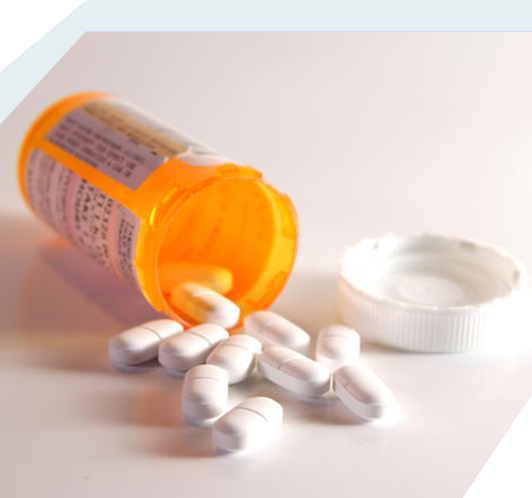 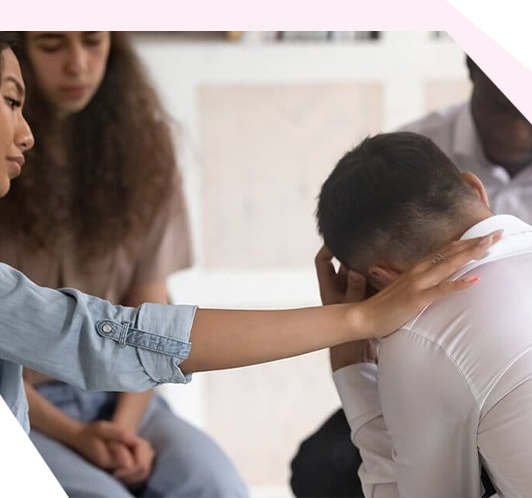 Inpatient programs are designed to keep the person away from their environment—meaning they get to stay away from the usual temptations and stressors. The programs typically last 30 days, but it can last even longer depending on the treatment approach. Because of the focused nature of inpatient treatment, these programs have a high success rate. Residential treatment is recommended for those who have moderate to severe alcohol addiction.

Alabama () is a state in the Southeastern region of the United States, bordered by Tennessee to the north; Georgia to the east; Florida and the Gulf of Mexico to the south; and Mississippi to the west. Alabama is the 30th largest by area and the 24th-most populous of the U.S. states. With a total of 1,500 miles (2,400 km) of inland waterways, Alabama has among the most of any state.Alabama is nicknamed the Yellowhammer State, after the state bird. Alabama is also known as the "Heart of Dixie" and the "Cotton State". The state tree is the longleaf pine, and the state flower is the camellia. Alabama's capital is Montgomery, and its largest city by population and area is Huntsville. Its oldest city is Mobile, founded by French colonists in 1702 as the capital of French Louisiana. Greater Birmingham is Alabama's largest metropolitan area and its economic center.Originally home to many native tribes, present-day Alabama was a Spanish territory beginning in the sixteenth century until the French acquired it in the early eighteenth century. The British won the territory in 1763 until losing it in the American Revolutionary War. Spain held Mobile as part of Spanish West Florida until 1813. In December 1819, Alabama was recognized as a state. During the antebellum period, Alabama was a major producer of cotton, and widely used African American slave labor. In 1861, the state seceded from the United States to become part of the Confederate States of America, with Montgomery acting as its first capital, and rejoined the Union in 1868. Following the American Civil War, Alabama would suffer decades of economic hardship, in part due to agriculture and a few cash crops being the main driver of the state's economy. Similar to other former slave states, Alabamian legislators employed Jim Crow laws which disenfranchised and discriminated against African Americans and also Alabama's French Creole population from the late 19th century up until the 1960s. In the early 20th century, despite the growth of major industries and urban centers, white rural interests dominated the state legislature through the mid-20th century. During this time, urban interests and African Americans were markedly under-represented. High-profile events such as the Selma to Montgomery march made the state a major focal point of the civil rights movement in the 1950s and 1960s. During and after World War II, Alabama grew as the state's economy diversified with new industries. NASA's Marshall Space Flight Center in Huntsville would help Alabama's economic growth in the mid-to-late 20th century, by developing an aerospace industry. Alabama's economy in the 21st century is based on automotive, finance, tourism, manufacturing, aerospace, mineral extraction, healthcare, education, retail, and technology.The state's geography is diverse, with the north dominated by the mountainous Tennessee Valley and the south by Mobile Bay, a historically significant port. Politically, as part of the Deep South, Alabama is predominantly a conservative state, and is known for its Southern culture. Within Alabama, American football, particularly at the college level at schools such as the University of Alabama, Auburn University, Alabama A&M University, Alabama State University, Troy University, the University of South Alabama, and Jacksonville State University, plays a major part of the state's culture.

Serving All Of The U.S.